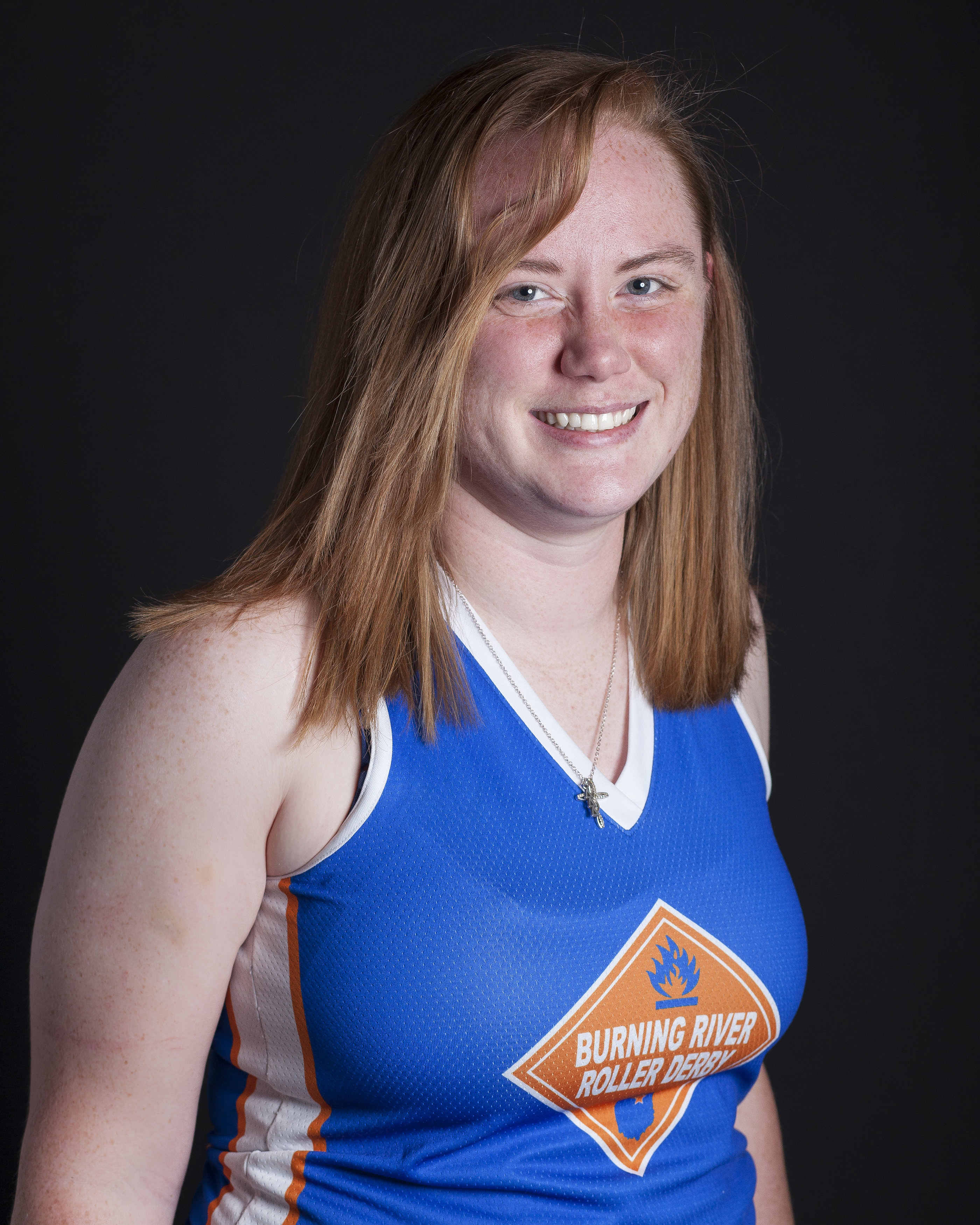 How long have you been skating?

Technically I’m going on my 2nd season; however, I didn’t skate much last season because I kept breaking things.

What is your favorite derby moment?

Definitely was our trip to DC last year. I got to play in my first two All-Star bouts as well as had probably my best jamming game ever and managed my first apex jump. (Even though I broke my ankle in that same bout).

What is your pre-bout routine? Any rituals?

I don’t really have a routine. I get nervous right before the bout until I have my skates on, so I just try to get out there and warm up as soon as I can.

What does your derby name mean?

It’s a play off of Dottie Hinson from the movie A League of Their Own and was actually suggested by a teammate. I played softball through college so it appealed to me to have a name rooted in a sport I loved and played for so long. Dottie was also a catcher in the movie which was my favorite position to play.

How important is derby in your life?

Derby is a huge part of my life. I just moved to the area so because of derby I’ve made so many friends and it’s just a place I can feel comfortable being myself.

What advice would you give to someone looking to begin their roller derby career?

Just do it. Your skill level isn’t important. Everyone is so supportive and will help you get where you need to be. Also skate as much as you can. The more time you spend on your skates the more comfortable you’ll get and it helps a ton.

Anything else we should know about you?

I break everything. I joined derby at the end of October 2016 with a month left in the Fresh Meat tryouts, then went to three practices and broke my wrist (not playing derby) so I was out until January. I played until April when I broke my ankle during a bout.